This is the final episode of my podcasts about Webster Booth and Anne Ziegler.It is done to commemorate the 113th anniversary of the birth of Webster Booth on 21st January 1902 in Soho Road, Handsworth. I am publishing it a week early as South Africa is having problems with its electricity grid! We might be in the dark by the 21st January 2015! 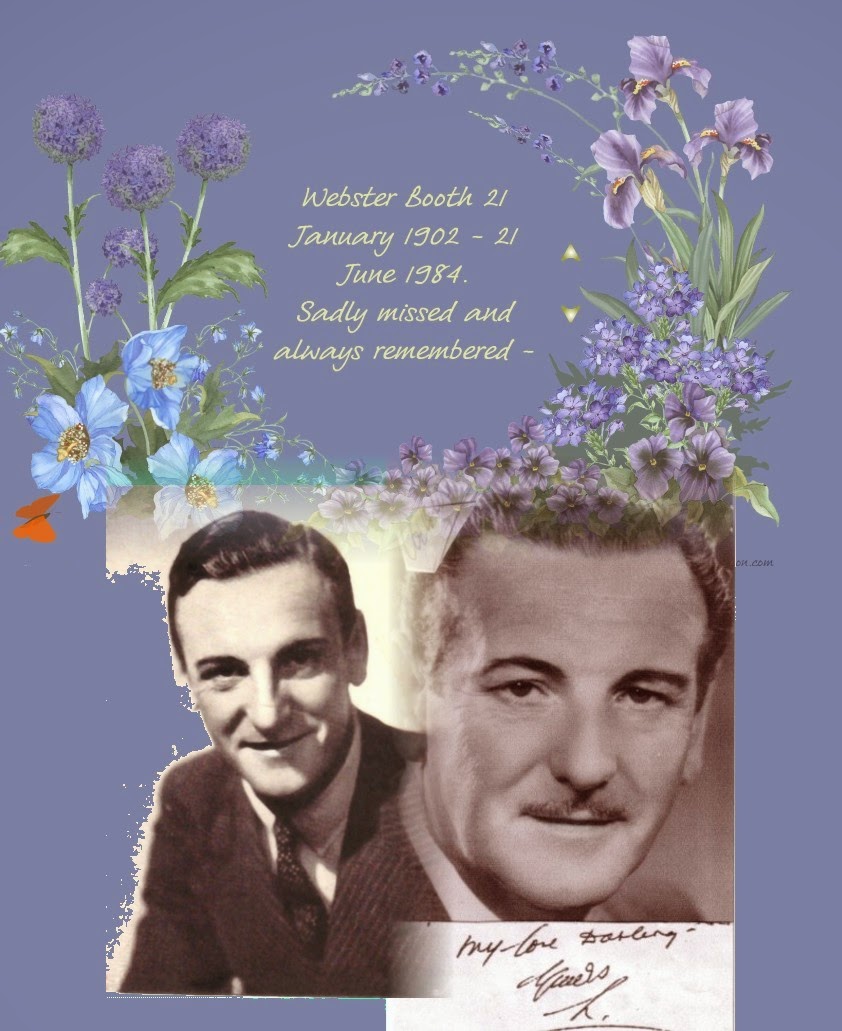 The Yahoo group has closed, but there is a vibrant Webster Booth-Anne Ziegler group on Facebook. Please join it! WEBSTER BOOTH-ANNE ZIEGLER FACEBOOK GROUP

Posted by duettists at 13:40 No comments: